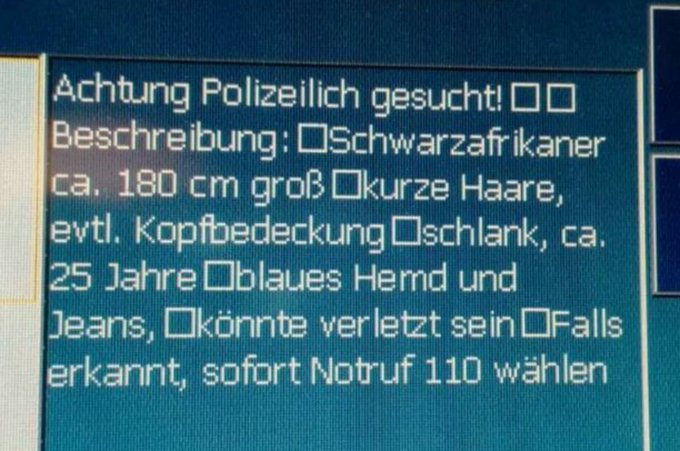 There was a deadly knife attack in a doctor’s office in Offenburg in the German state of Baden-Württemberg on Thursday morning. According to police and public prosecutors, a man attacked the doctor and an assistant with a knife. The physician died shortly afterwards, the woman was seriously injured. The alleged perpetrator fled at first. However, shortly afterwards the police arrested a suspect.

The police searched for the man with a large posse. Also a helicopter squadron, the dog squadron and forces of the federal police were on duty. Approximately one hour after the crime, a suspect was arrested.Based on testimonies, police were looking for a younger dark-skinned man with a hat on. Shortly after 10 a.m., a federal police patrol noticed a man who was described as such. The suspect was arrested at the junction of Freiburger Street / Straßburger Street – about 1.5 kilometers from the crime scene. As forensic investigations are still ongoing and investigations against the man in his mid-twenties are still ongoing, the suspicion of the crime against the man provisionally arrested has been confirmed.

He is 26 years old and comes from Somalia. According to previous information, the attacker came to the doctor’s office without an appointment and immediately attacked the doctor present with a knife he brought along.